Failure, setbacks and accidents happen in life of every single human being. What makes the difference between successful and unsuccessful people is the response and attitude towards the mishap. Successful people fully understand that whatever bad has happened is now the incident of past. They can’t do anything about it. What they really can is forget the past, move forward and with their positive attitude find new bright doors of opportunities in the darkness of adversity.

As an ambitious young man, serving as an engineer in Pakistan television, Irfanullah was on a routine trip from Peshawar to Islamabad on October 11, 2010 when suddenly his car got out of control due to tyre burst and rolled over several times. He sustained severe injuries, became unconscious and was rushed to the nearby hospital.

Irfanullah couldn’t realize the magnitude of bad that has happened to him unless in hospital his brother while rubbing his feet asked him whether he can feel any sensation on his feet or can move them?. Irfan replied in no. He had sustained spinal cord injury at level T12L1, leaving him completely paralyzed below belly and confining him to wheelchair for the rest of his life. 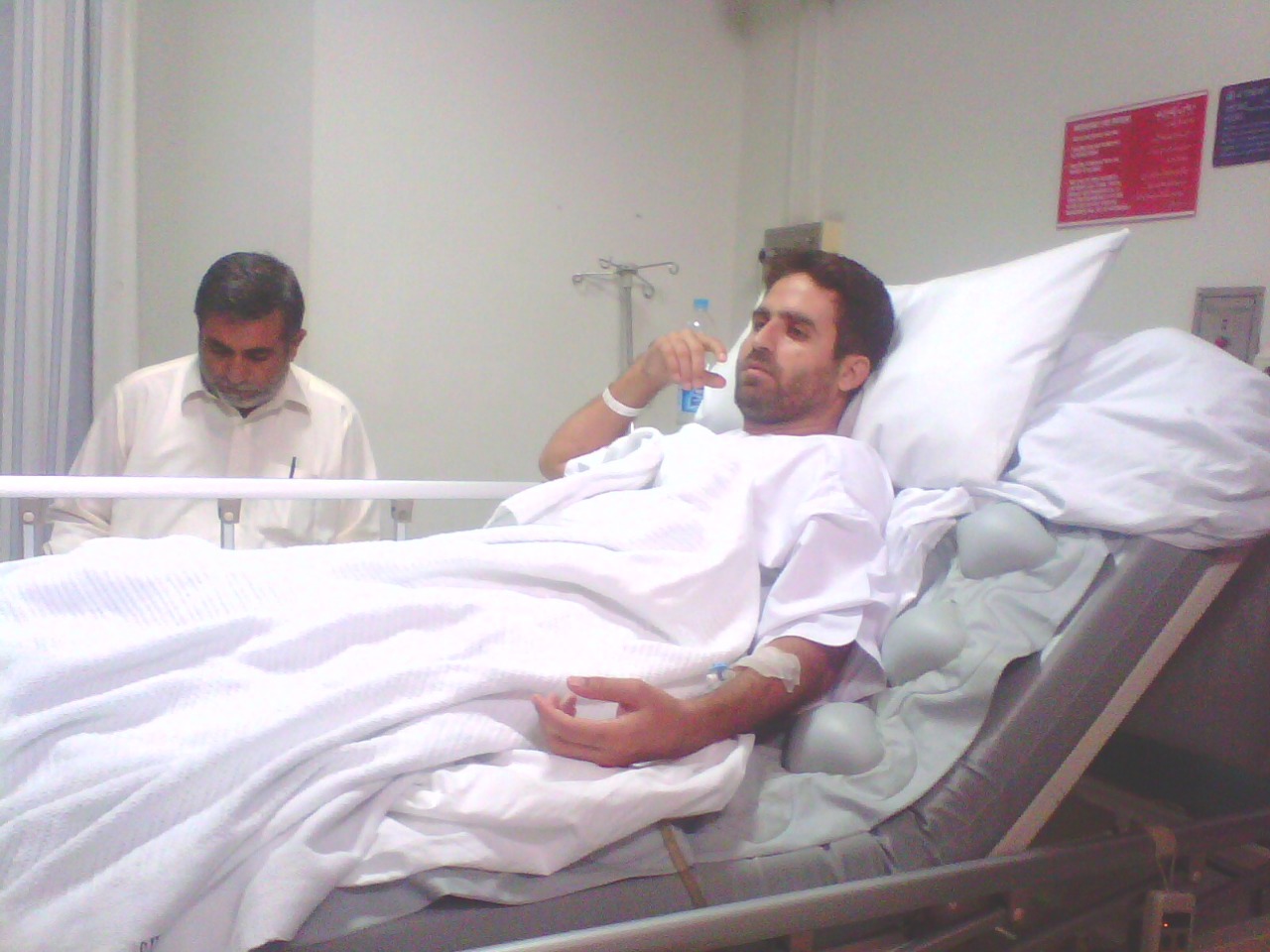 Life had no meaning for him after the accident unless he got admitted in paraplegic centre Peshawar for comprehensive rehabilitation. Under the supervision of Dr Ilyas Syed and his team Irfan not only learnt how to live an active life after spinal cord injury but he also became mentally strong and resilient. He accepted his fate ,his disability and decided to use this adversity as an opportunity to not only rise and shine himself but also help other disable people. Quite often in dreams before accident he used to see that other people were walking but he was flying. It was time for him to take off.

Irfan loved sports from childhood. He was a good player of cricket. The first opportunity that he discovered was doing something extraordinary in wheelchair sports. He started playing wheelchair tennis and soon became national champion. His dreams finally came true when he wore green shirts and represented his country in international wheelchair tennis championship. Had the accident not happened to him he would never had a chance to represent his country in international sports. 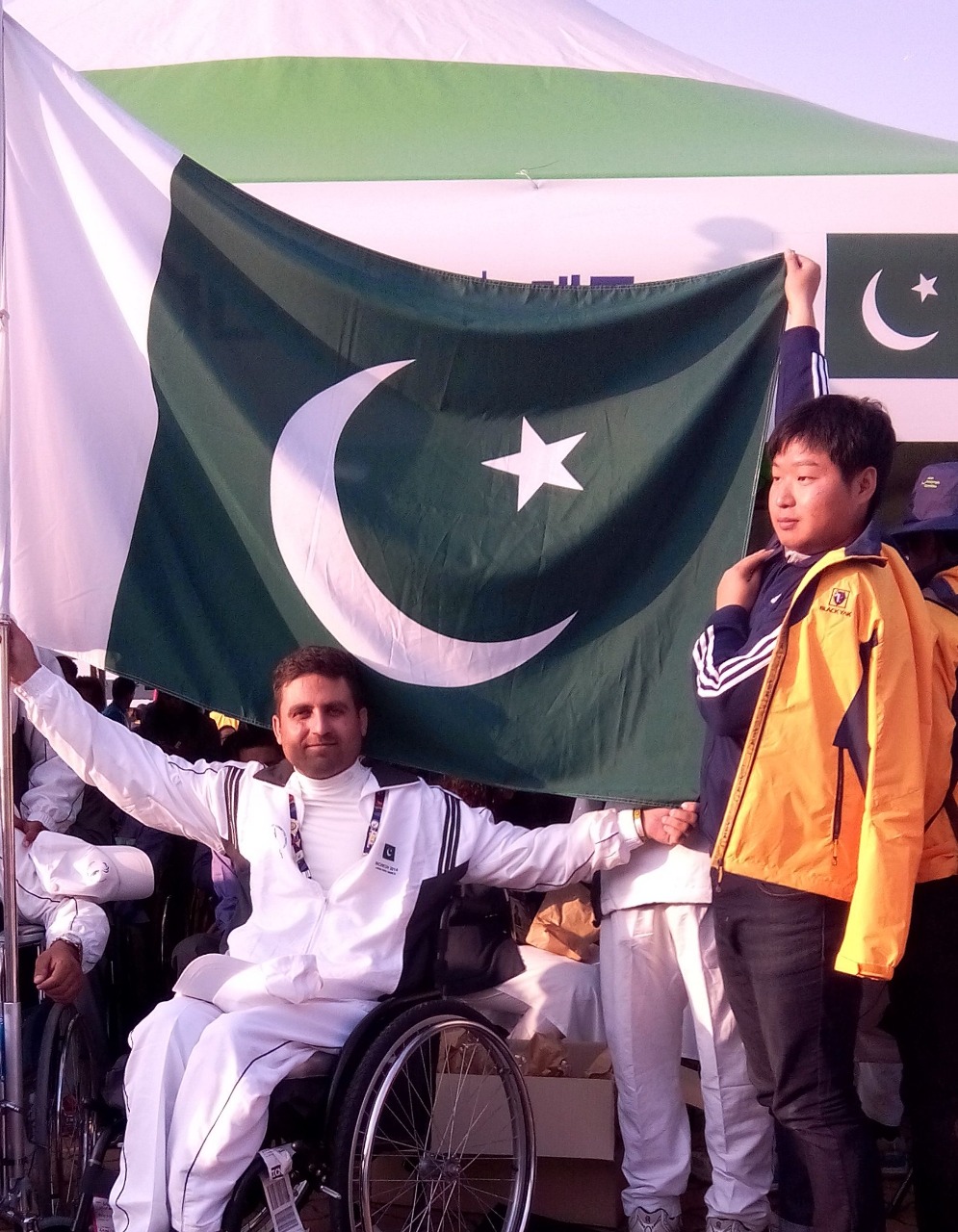 Being on wheelchair himself he realized the problems faced by other persons with disability in the form of physical, social , economic and attitudinal barriers in society. Another opportunity he discovered was doing something for other pwds. He along with other friends formed an organization with the name of Friends of Paraplegics (FOP) . FOP has so far done wonderful job. It has made many big restaurants and public places accessible for wheelchair users in Peshawar city. It has helped many wheelchair users to start small business and help their family. FOP even went to court for making the most mega project in the history of Peshawer known as Rapid Bus Transit (BRT) accessible for wheelchair users. Because of efforts of FOP BRT will be the first project of Pakistan that will be accessible for persons with all kinds of disabilities including visually impaired people.

One of the major problem for all wheelchair users is transportation. There is hardly any vehicle in Pakistan that is wheelchair accessible. Irfan’s business idea got selected in KP Impact challenge. He was awarded grant by KP government. After months of hard work he made the first wheelchair accessible electric bike of Pakistan. 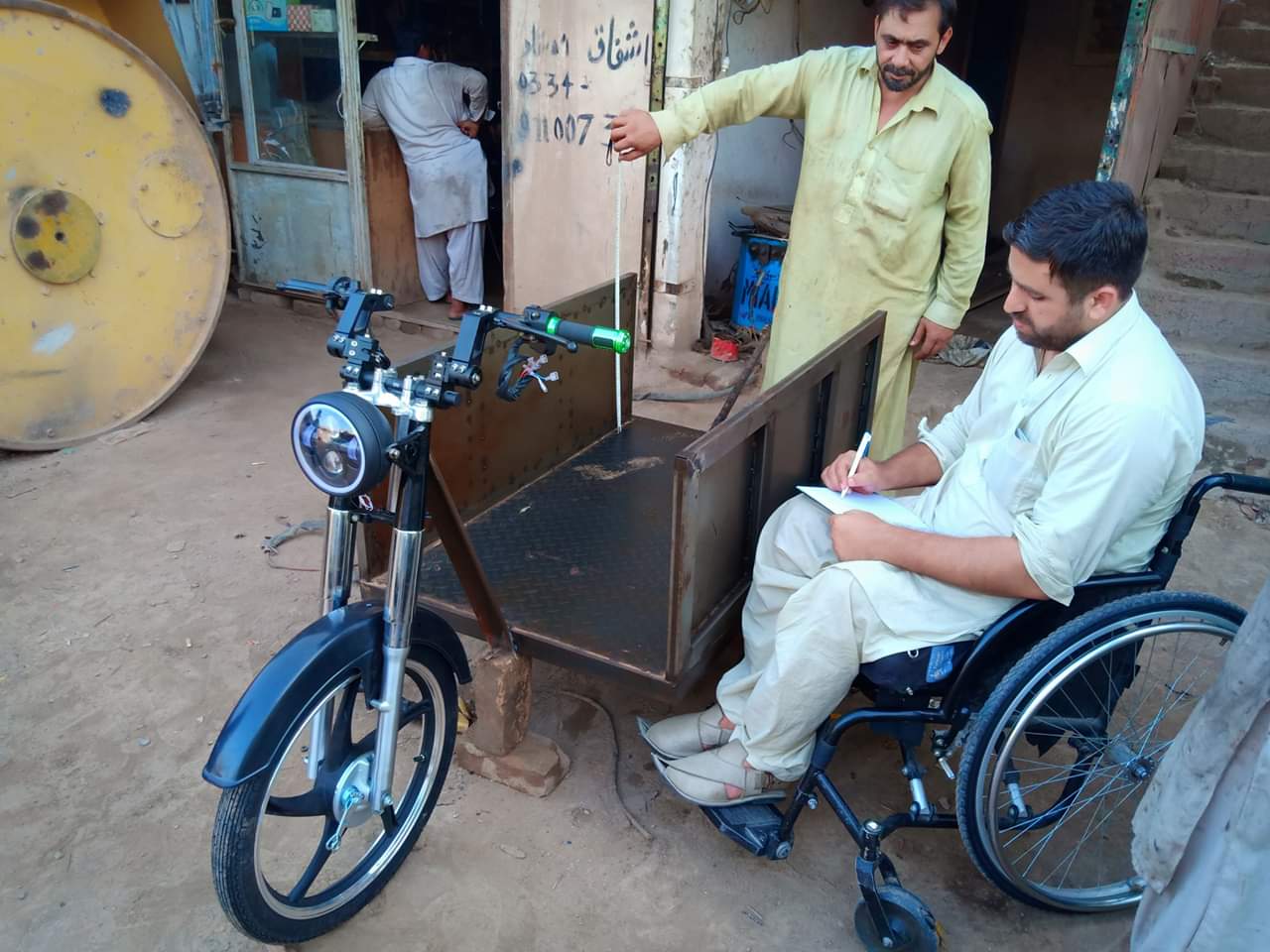 People like Irfan are the brighter side of our society. They are no doubt inspiration for all. Irfan’s story tells us always to look at the blessing in disguise, be grateful to Allah the Almighty in every situation, never give up and always keep on trying to improve life of yourself and others around you no matter how difficult the circumstances are.