What is spinal cord?

Spinal cord is one of the most important organ of human body. Together with brain and spinal nerves, it forms the nervous system of  body. It is a bundle of nerves that starts from lower portion of head, travels through spinal column and ends at tail bone. From spinal cord emits spinal nerves.

Spinal cord consists of millions of nerves cells called neurons and nerves fibers called axons. Axons are covered by an insulated material called myelin sheath. From a nerve cell emits tree like branches called dendrites through which it exchange messages with other cells.

For the protection of it, there is a system of bones called vertebrae. There are total 33 vertebrae in human body which together form spinal column or backbone. Vertebrae are separated by a soft cartilage pads called disc . Discs provide flexibility to spinal column and because of it vertebrae are able to move over one another. Disc also acts as shock absorber to human body.

What is spinal cord injury

Usually because of some trauma when vertebrae in neck, chest or back are broken then  spinal cord either gets compressed or injured by the bony structure of vertebrae and spinal cord injury occurs. As messages from  brain to body and back travel through spinal cord but now because of the blockage at injury site messages are unable to pass to and from brain. Thus, sensations and movements in body are effected.

The most common symptoms of spinal cord injury or its effects on body are loss of sensory and motor function below injury level. There is also change in bowel bladder control and sexuality. Breathing, temperature control, heart rate and blood pressure may also be affected. The higher the injury the most severe will be the symptoms.

Spinal cord injury occurs in several phases. Initially spinal nerves are damaged. Later the damage is further increased by the unavailability of oxygen at injury site and release of toxic chemicals. In early nineties methyl predinsolone was advised to minimize the damage of secondary phases but its no longer recommended by neurosurgeons.

After spinal cord injury there may be a cut to spinal cord called transection or bruising known as contusion. If spinal cord is compressed by bone, herniated disc or blood clot then neurosurgeons would do a surgery to release pressure or decompress spinal cord. In past doctors used to wait for sometime before doing decompression surgery. But now a days doing it early is considered beneficial.

READ MORE: What is Quadriplegia ? 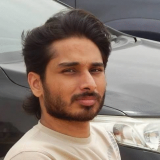